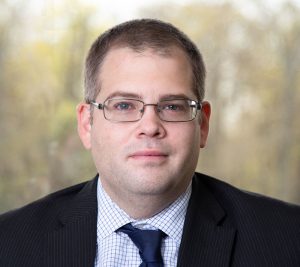 “When handling a matter you must know the law, know the history of the file, know what has been done thus far to address the situation, and what can be done moving forward to obtain the result that the client is seeking.”

Robert is an experienced attorney whose practice encompasses a wide breadth of areas including uncontested and contested foreclosure cases in the State of New Jersey, municipal court defense, and municipal property code violations issued arising from local ordinance violations as well as those arising from the Uniform Construction Code and the Fire Code. He also regularly handles title curative matters and appears in court for landlord tenant and collection cases.

Robert is an experienced and aggressive New Jersey practitioner with a wide ranging skill set. A first generation college and law school graduate, he strives to excel in every professional endeavor.  He regularly steps into fraught and difficult situations, often snatching success from the jaws of defeat.

Robert came to the firm from the New Jersey Superior Court Clerk’s office where he served as a foreclosure analyst. After beginning practice in the firm’s Uncontested New Jersey Foreclosure Department, he has gained substantial experience in the field having handled a wide variety of foreclosure cases and dealt with nearly every conceivable scenario within the practice area. He regularly handles the department’s more difficult and complex matters.

Robert regularly does work for several of the firm’s other departments, rendering assistance where needed. In doing so he has gained experience in other practice areas including landlord tenant matters and collection cases.

He is an active participant within firm life and previously served on the firm’s associate committee from 2017 until 2019. He presently is a member of the firm’s marketing committee.